Yesterday was our second day of summer. I think it is going to be a long couple of months. I took the kids and signed them up for the library summer reading program. This is something we do every summer and we love it! We have lived in two different states and have always made sure this is on our summer to-do list. 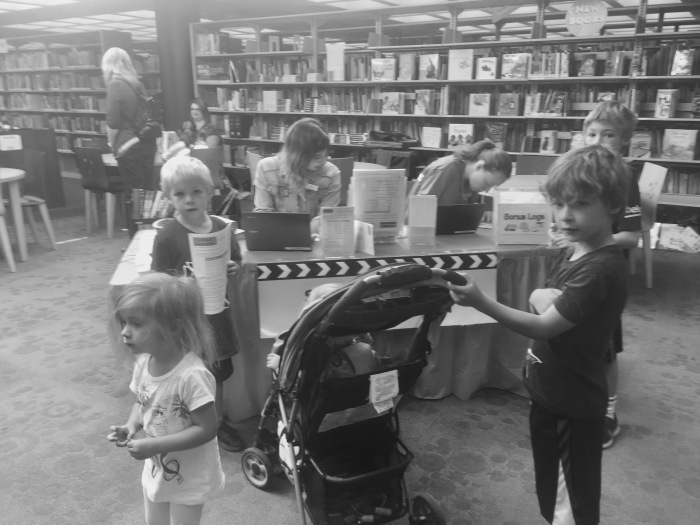 My 7-yr-old was all set to load up on Captain Underpants books, but they were all checked out!!! All of them!! Last time we were there I saw a whole shelf full, but this time out. I guess because of the movie? Not sure. We will have to put some on hold. After a bit of pouting he went with the Big Nate books. I love watching their reading tastes develop. My 10-yr-old is all about sci-fi and adventures, but 7-yr-old is loving books that have pictures which are either in comic form or funny images from the main character’s diaries. Just when I have a list of books for boys a different kid comes along, and I have to start all over.

My 5-yr-old and 3-yr-old just completed 1,000 Books Before Kindergarten. So they got a book, a medal, and their picture taken. I tried to take their picture too, but they were quite done. 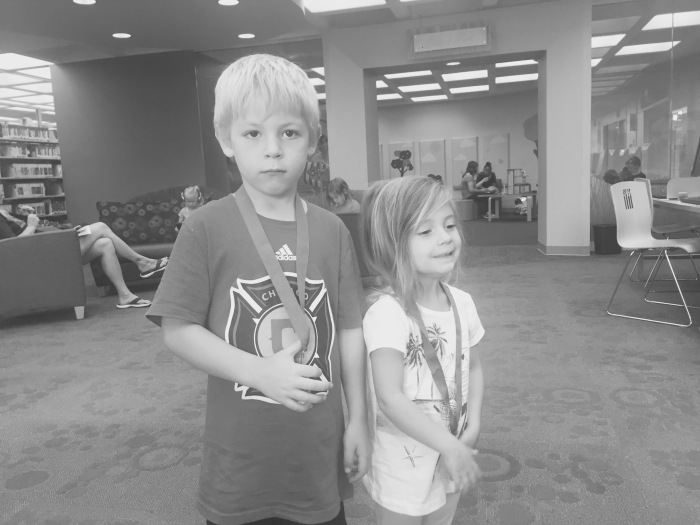 My 5-yr-old was just ready to check out an iPad and play games. I love that we pack up the car, head to the library, and the first thing my 5-yr-old does is demand an iPad. I told him he had to go pick out books first, since that is why we came. He likes the We Found a Hat book and the others like it. Once he finds them he speeds off to get that iPad. Once he does then his brother’s do too. So much for trying to get away from screens. I fail miserably, but better than yelling at them in the middle of the library for being idiots while I let the 2 and 3-yr-old play in the kid’s corner. 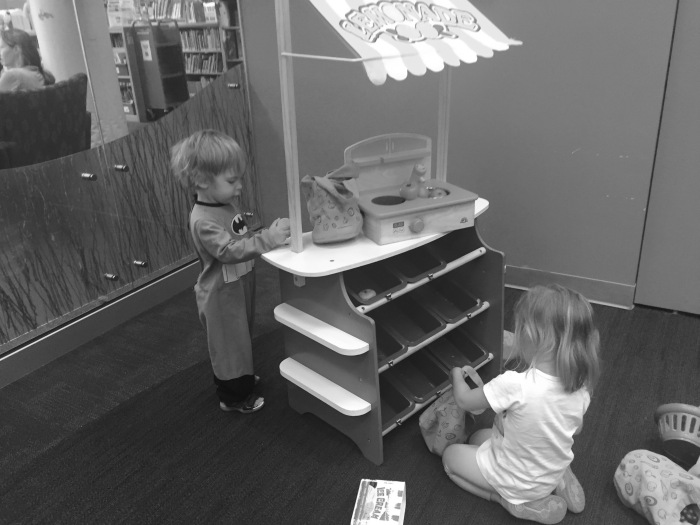 After this we head out to the car. Of course, the first thing they ask is if they can do electronics when we get home. Um–No!!!! When I explain they just did electronics at the library they began to tell me how that doesn’t count. Wrong. I am the Mom so I get to decide what counts as screen time and I say using an iPad counts as screen time as it has a screen and they used it!! To avoid anymore conversation on the topic I turn the car around and head to the playground. The older boys get their soccer ball and head off toward the soccer fields and the younger two head off to the swings. Yes. I have won. I have succeeded. To prove it I took this picture of outside fun. 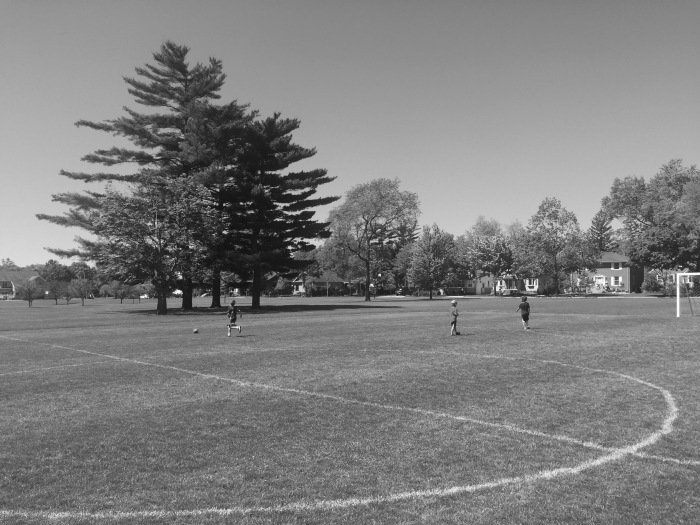 Well, my success was short lived because within minutes there is fighting and yelling and name calling. Maybe if I just walk far enough away it will magically stop, or I just won’t hear it and you know- Out of sight out of mind. Unfortunately, what good is fighting if you don’t have an audience? They follow me to tattle. I tell them, very nicely, that I don’t really care and they need to walk far away from me to figure it out. I suppose they do to some extent, at least they don’t tattle anymore.

Next stop ice cream. I know this makes perfect sense load up crazy kids with sugar, but really sometimes the only way to get them to stop being crazy is in the moments when they are loading up on that sugar– hmmm… it is a quandary.  As I missed my Strong By Zumba this week and had cookies for breakfast I figured why not just go all in and have some frozen ice cream coffee drink for lunch. Seems like a win win. 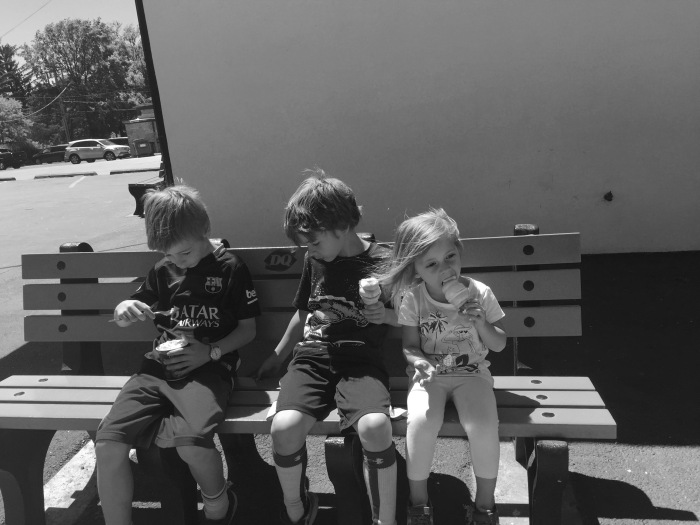 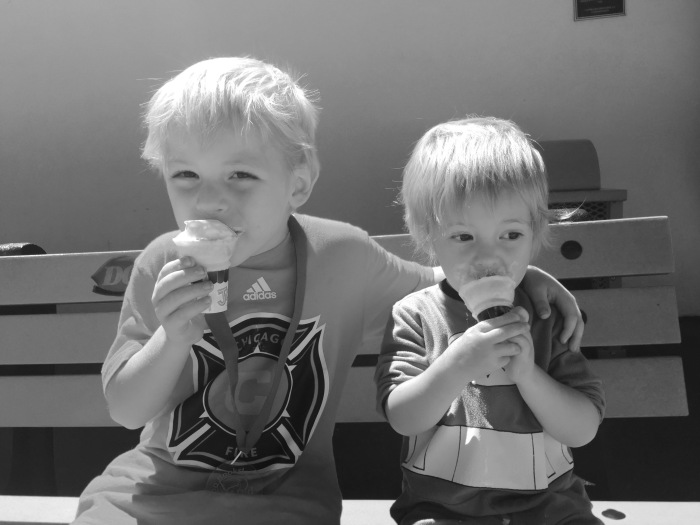 I figured they would be sort of tired. I hoped some of the younger ones might go to sleep. Turns out– not so much. Great. The rest of the day was just me telling them to stop crying and fighting with one another, and then giving up and saying fine- go play electronics. Mom for the summer win! When does school start?